Plano Wildcats Hockey is one of the oldest teams in the league.  Located in the heart of Plano, Texas. We would love to have you come play hockey with us.

Official Team Declarations for 2019-2020 Season: August 31st (finalized at leveling) AT&T High School Hockey League Open Tryout: Aug 15th 6:30 PM Farmers Branch. If you attend a school without a team and/or your school is not officially affiliated with a team you must attend the Open Tryout. For more information contact Keith Andresen at kandresen@dallasstars.com

Senior Night: (Choose One) Any January or February Date (must notify League in advance)

2019 Fall Registration is now open. Go to Future Wildcats tab and follow registration link.   All 7th graders (minimum age 13/birth years 2006) and up will be welcome.

Hi all we received this info from League Director please complete by Sept 1, 2019, so that we are compliant.


All of our players 17 or older need to complete SafeSports

SAFESPORT FOR 17+ PLAYERS, ALL COACHES & CLUB BOARD MEMBERS/TEAM MANAGERS.

Finally, players that turn 17 or older in 2019 will be required to complete the on-line SafeSport Training. This is a USA Hockey requirement and players will not be able to play or practice or be rostered until this training is complete.

In addition to the SafeSport requirement for players 17+, all club board members, team managers and coaches must complete the training. The league is required by USAH to get copied of the certificates of completion for board members or managers that do not appear on the team roster. Once your ENTIRE BOARD has completed their SafeSport training please send me the Certificates of Completion and I will log those with our USAH Registrars. You are not required to send certificates for players or coaches as they appear on your USAH 1T roster. 17+ Players and coaches will automatically be “red flagged” until they have completed SafeSport. I STRONGLY URGE ALL PLAYERS, COACHES AND BOARD MEMBERS TO TAKE THE TRAINING AS SOON AS POSSIBLE. 17+ Players and all coaches MUST complete this training before leveling or they will cannot be added to a roster and will not be allowed to participate.

2 OF OUR VERY OWN wILDCATS MOVING ON TO jR's.    CONGRATS TO KARTER AND SEBBY FOR MAKING SOUTH CAROLINA COLONIALS Jr Team. YOu will be Missed!!!! Have a great Season!!!! 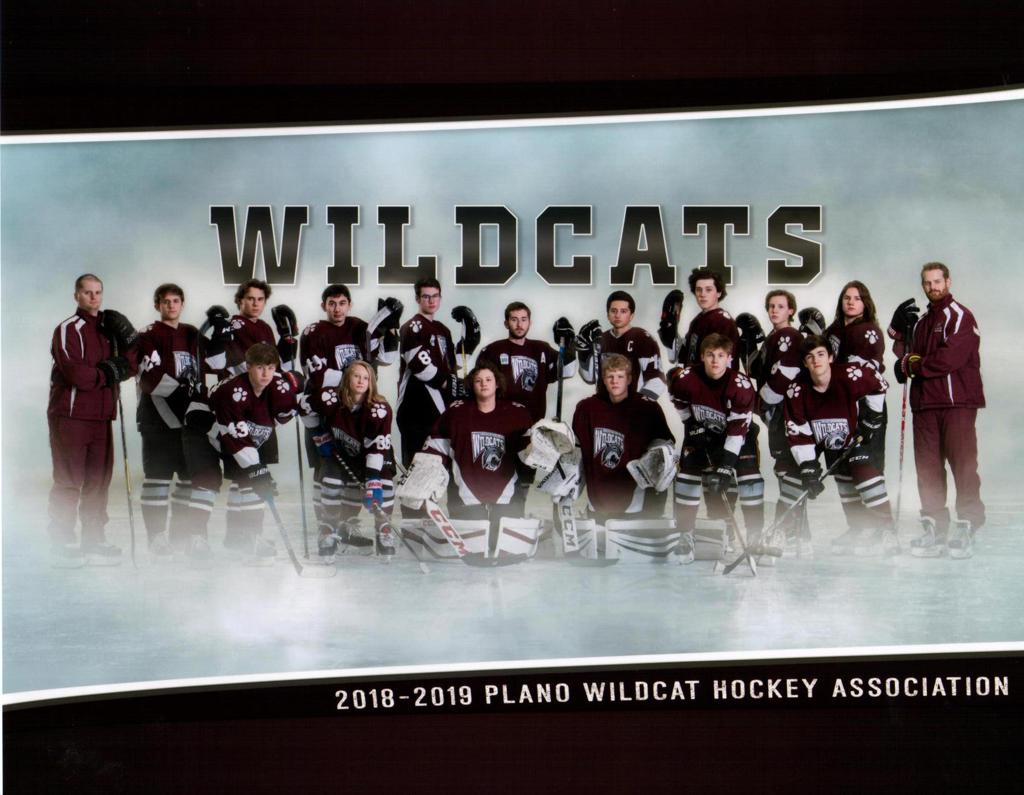 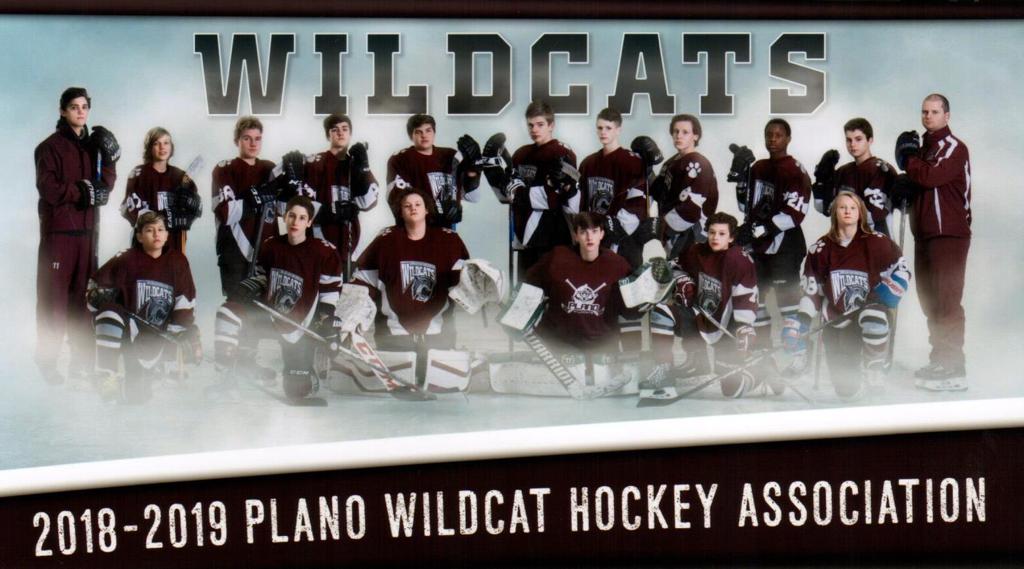 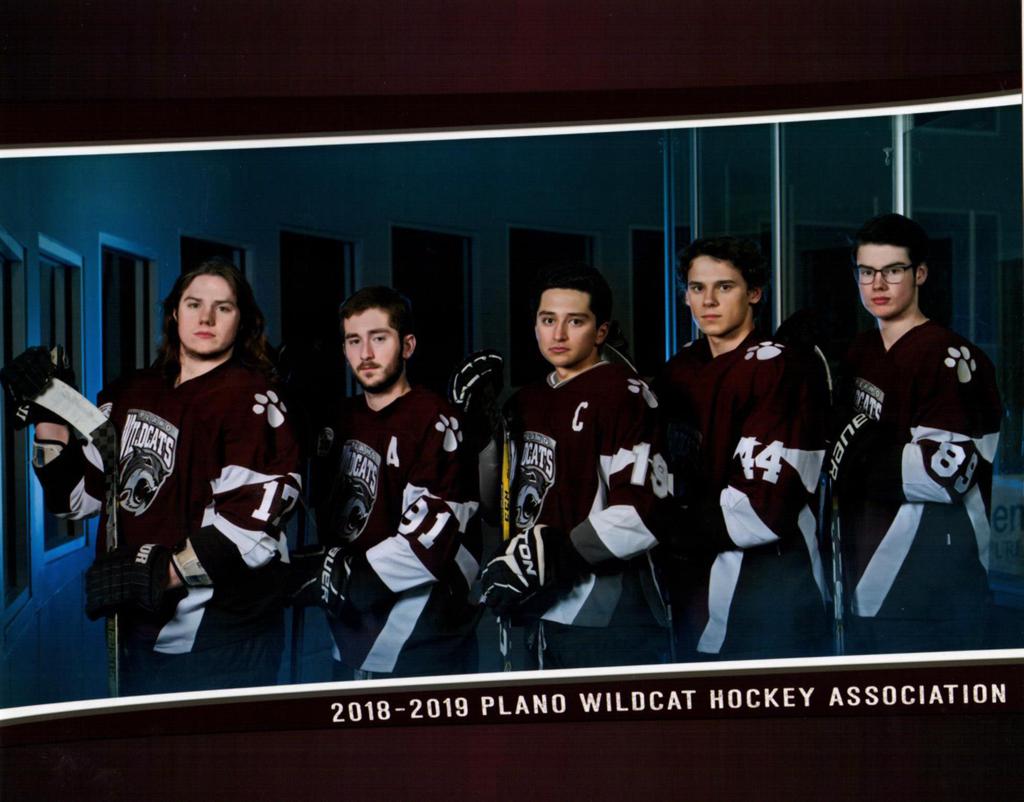 From Angela:  Whether it is studio portraiture or on location in surroundings such as your home, urban scenes, or a natural landscape, I want your portraits to really be meaningful to you.  Located in Plano, my studio also serves neighboring communities including Frisco, Allen, Richardson, Dallas and more.

Old-time Leafs fans will never forget the Stanley Cup final series in 1942. It matched the Leafs, coached by Hap Day, against Jack Adams’ Detroit Red Wings. There has never been a series quite like it.

For starters, the Leafs were fortunate to be in the finals. In the first round of the playoffs against New York, the NHL’s top team, it took a goal by Nick Metz with seven seconds left in the deciding game to propel the Leafs into the final series.

Playing for the Cup against the Detroit Red Wings, the Leafs were odds-on favorites. Hadn’t they finished the regular season with eight more wins and 15 more points? But the Leafs stumbled through the first two games on home ice and lost them both. Then they dropped the third game back in Detroit. Leafs fans were frustrated and furious, sneering at Day’s name and saying he was no coach. The Toronto sportswriters were similarly merciless in their criticism of the coach and the players. Andy Lytle of the Toronto Star wrote, “Except for the gate receipts and the records, there is little apparent use in prolonging this series.”

Hap Day told the Maple Leafs directors that Detroit’s style had his team buffaloed. It marked the first time a team had consistently shot the puck into the Leafs zone and flooded in after it. In those days there was no center-ice red line. The Wings simply worked the puck over their blue line and then fired it into the Toronto zone. Day told the directors that defenseman Bucko McDonald was worn out and that Gordon Drillon’s talents weren’t suited to the Wings’ shoot-and-chase style.

“Are there any other players available?” he was asked.

“Well, yes, there’s Ernie Dickens and Don Metz,” he replied. “They’re green, but I’ll work them in and drop McDonald and Drillon. We’ll also change our style and play the same way the Red Wings are playing. Maybe we can beat them at their own game.”

Don Metz was an unlikely replacement for Drillon, the team’s leading scorer. Metz had scored only two goals all season while Drillon finished eighth in the NHL scoring race with 23 goals and 41 points. Ernie Dickens was another two-goal man; a lad who’d played only 10 NHL games in his brief career.

In game four at Detroit’s Olympia, Nick Metz, the brother of Don, got the winner in a 4–3 victory, forcing the Red Wings to put the champagne back in the cooler. Their coach and manager, Jack Adams, also required some cooling down. He was suspended for the rest of the series after he leaped onto the ice after the game and attacked referee Mel Harwood. The official was badly mauled in a free-for-all triggered by Eddie Wares and Don Grosso of the Wings.

In game five, Don Metz scored a hat trick, Syl Apps picked up a pair of goals and the Leafs romped to a 9–3 triumph. Andy Lytle wrote: “This series gets curiouser and curiouser. Only Alice in Wonderland would believe it from beginning to end.”

It was back to Detroit for game six, in which Toronto goalie Turk Broda had a hot night and blanked the Red Wings 3–0. For game seven, the fans almost broke down the doors at Maple Leaf Gardens in their frantic efforts to see the game. A record crowd of almost 17,000 witnessed the culmination of the most incredible comeback in playoff history. It ended when the Leafs’ Sweeney Schriner scored two third-period goals and Pete Langelle added a bit of insurance in a 3–1 Toronto triumph. Hap Day and his weary men, blistered for their incompetence a few days earlier, were now the toast of the nation. Day had captured his first Stanley Cup as Maple Leafs coach. Many more would follow.